Original of the story is that Capcom's Resident Evil production team,
Naoki Serizawa drawing teacher known as "the right hand of Lucifer" and "Monkey Rock" is in charge,
Is the highlight of the set point for the PS3/X360 game software will be released October 4, 2012, and Resident Evil 6 is linked.

Please acknowledge it to introduce the books, that was released overseas, but details may be different because the contents of the books have been released in Japan.

Asia's largest in the prestigious school called Gakuen Maruhawa,Female students who achieve a zombie is a mystery · · ·.
Professor Doug and I visited to the survey, the nephew Ricky is that assistant is involved in the tragedy that gradually enlarge · · ·.
Smile weirdly mysterious person behind the tragedy.
And, BSAA members Chris Redfield et al. Follow the trail of Doug.
Tangled yarn is spun into a nightmare of inevitable accident ·.

Comics quoted from back cover.

Gracia you want to find the cause even if it took the means of escape of Professor Doug for the case you do not want made ​​public in this way, the concealment,
Professor Doug want to call the BSAA to witness the incident to determine opposite to the survey, at the individual level and that can not be addressed.

If you watch a movie with an original video game,
It is interesting whether or put much in common, such as fan of the game makes me laugh,
I find I like it like this. Or rather have been tried.

I'm a fan of the game, so even more than a story,
To give a point that in conjunction with the game in the range found in the story of a winding up
・Chris Redfield and Piers Nivans appeared in Resident Evil 6 latest work has also appeared in the cartoon.
・Chris is a captain, is Piers (the series that the story between the bio-bio-5 and 6 is understood by this time) as his followers belong to the BSAA
・At the moment have things like the radio box in the shape of a woman wearing a hood of the same as the character of appearance of unidentified characters have Resident Evil 6, of the rectangle.
・Have appeared in a series of games so far, appeared zombie creature, Cerberus (zombie dogs), Giant Spider (giant spider), Hunter, Ricker, and chimera.
・Know the existence of a silver bullet for the T-virus was introduced its own version of the cartoon character, in "Resident Evil Outbreak" Professor Doug Wright.

The new character, to point to to have a presence not to lose the character of that so far, what to do are doing care. If Piers, by which appeared in the pre-"Resident Evil Desire ~ ~ Maruha Wa" which has been serialized in Weekly Shonen Champion's, and made the opportunity to get to know about him there.

We look forward to working in the cartoon appeared in the background so that this says. 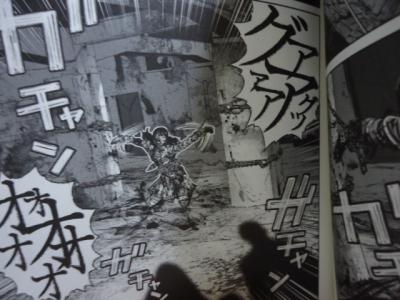 29P zombie scene of a story Comics Volume 1 is connected by a chain,
It is a scene often seen in classic zombie movie, 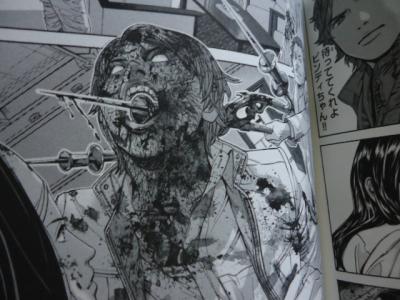 If you see this is a zombie to be impaled in the candlestick four-winding 129P of a comics story, 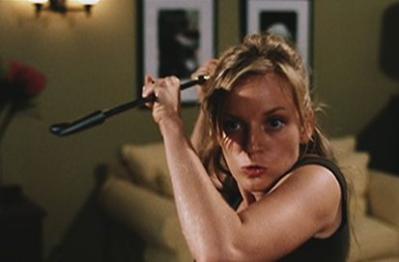 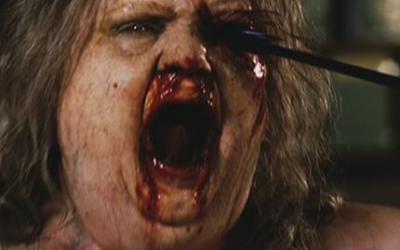 I remember die from a zombie impale poker in the "Dawn of the Dead" movie.
Why not a tribute or thought.

Mr. Naoki Serizawa has written the cartoon, but said in a Twitter and was worried that draws fine, Chris Redfield,

I wrote a volume of an impression in comics that.
I hope to help you become better if I try to see if you read.